Untitled were commissioned to develop a new brand identity for the Design Museum’s new bar and restaurant, Parabola. It was named after the museum’s iconic mid-century modern roof but we wanted to avoid the usual cliché of designing a logotype with a similar shape. Instead of competing with the architecture, we wanted to take a much softer, artistic and creative approach. The logotype is inspired by founder Sir Terence Conran’s own handwriting and works alongside an ever-evolving series of artistic works inspired by the Design Museum’s collection. For the launch, we worked with Deborah M Allen, a Californian-based artist who’s exquisite watercolour paintings adorn the china plates used in the restaurant. Her delicate designs feature across all aspects of the branding. 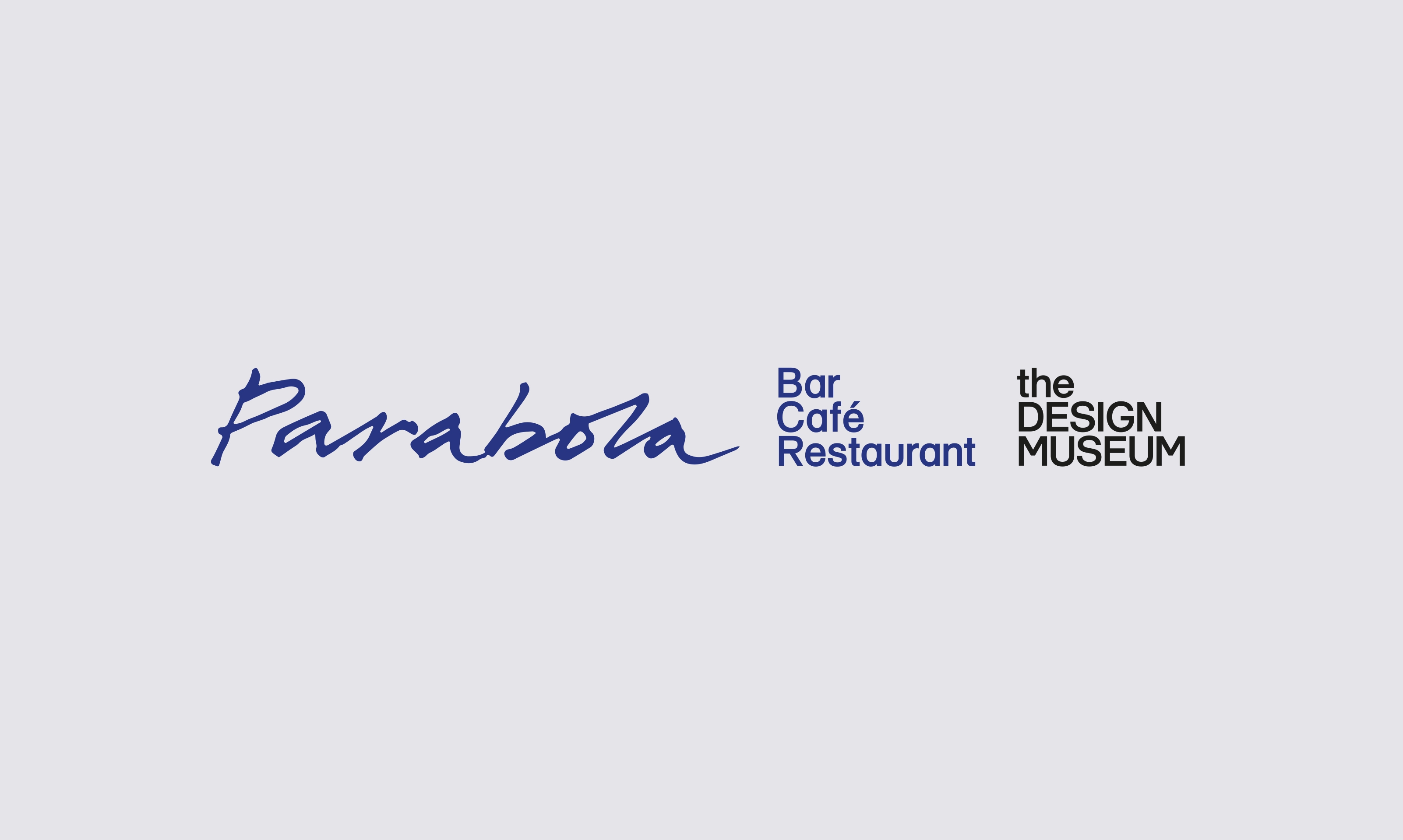 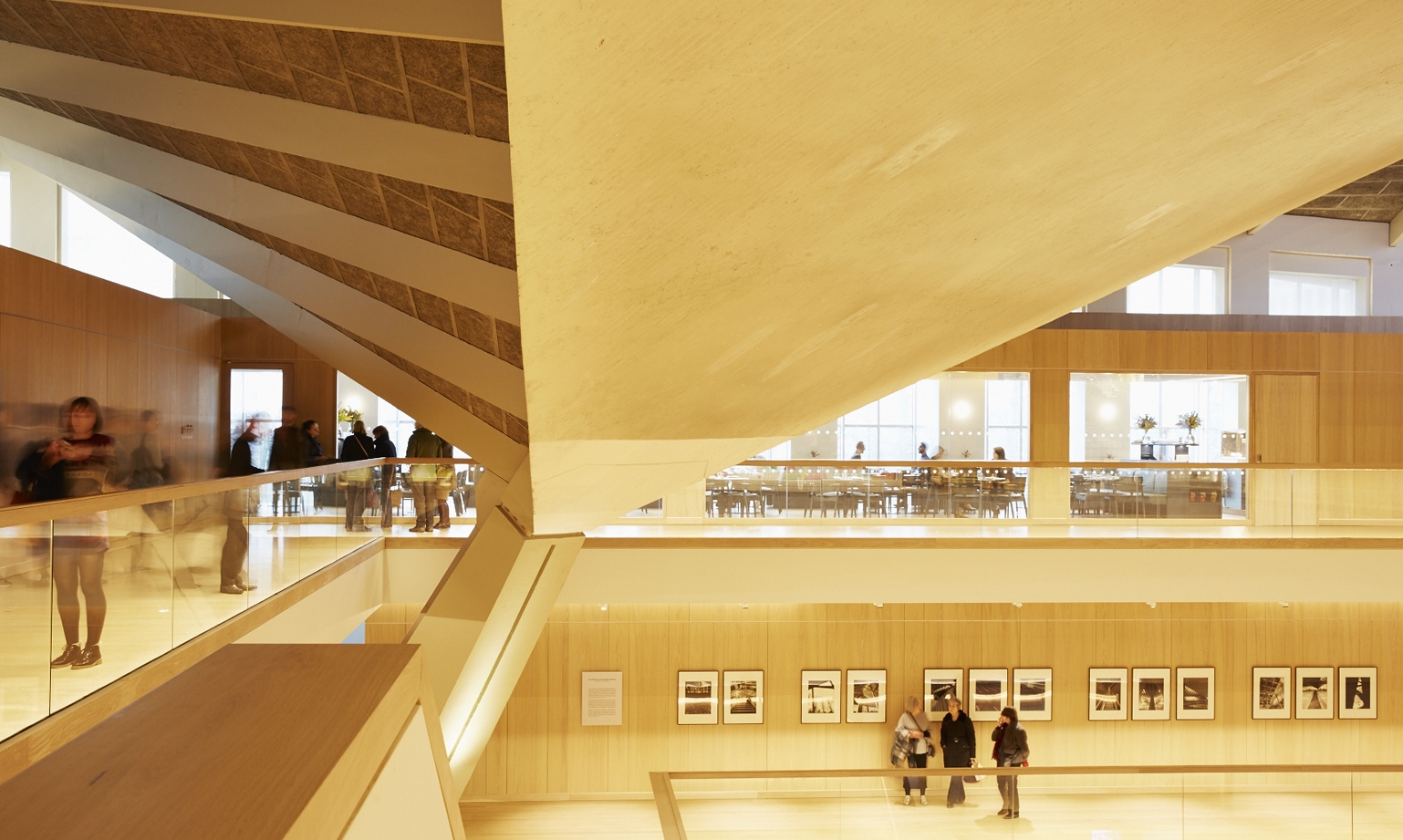 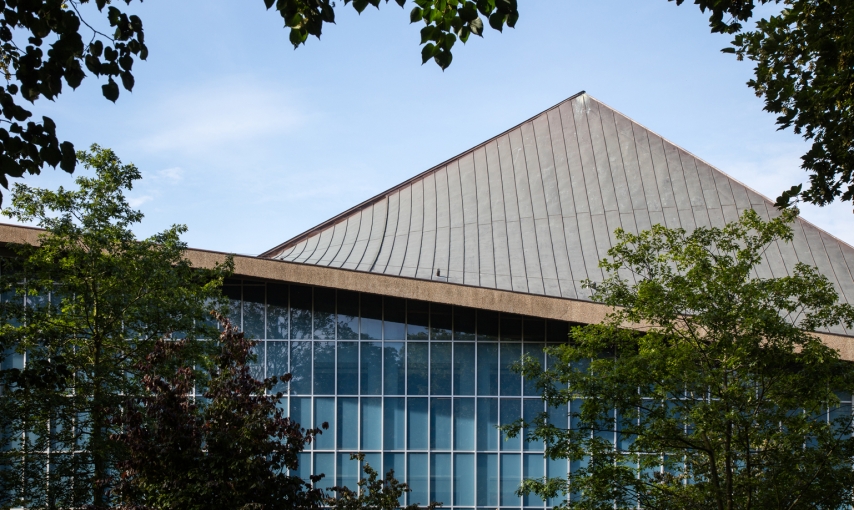 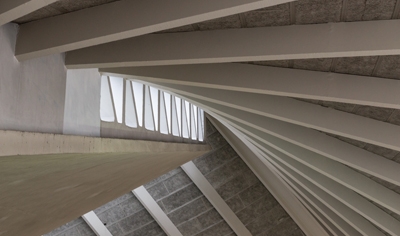 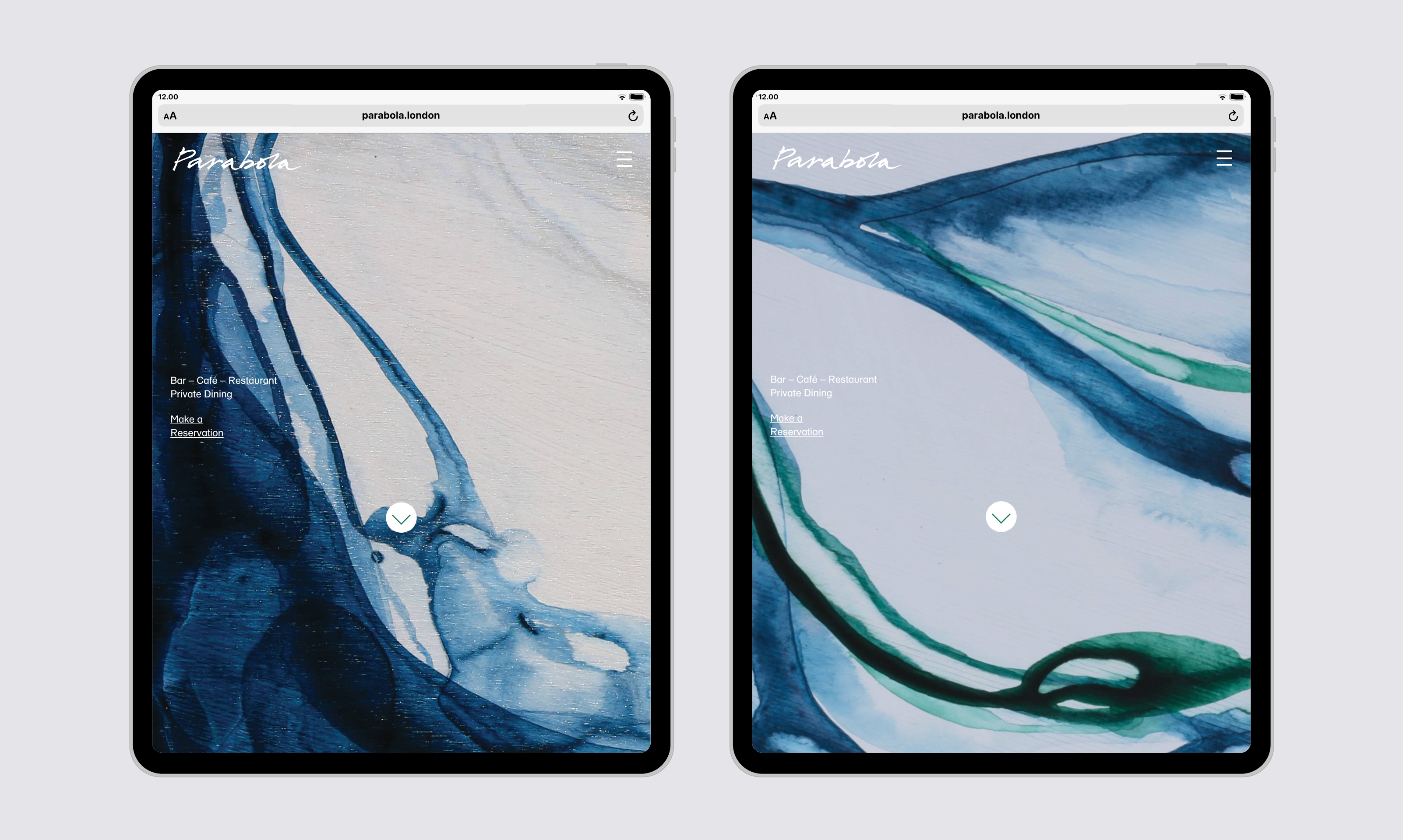 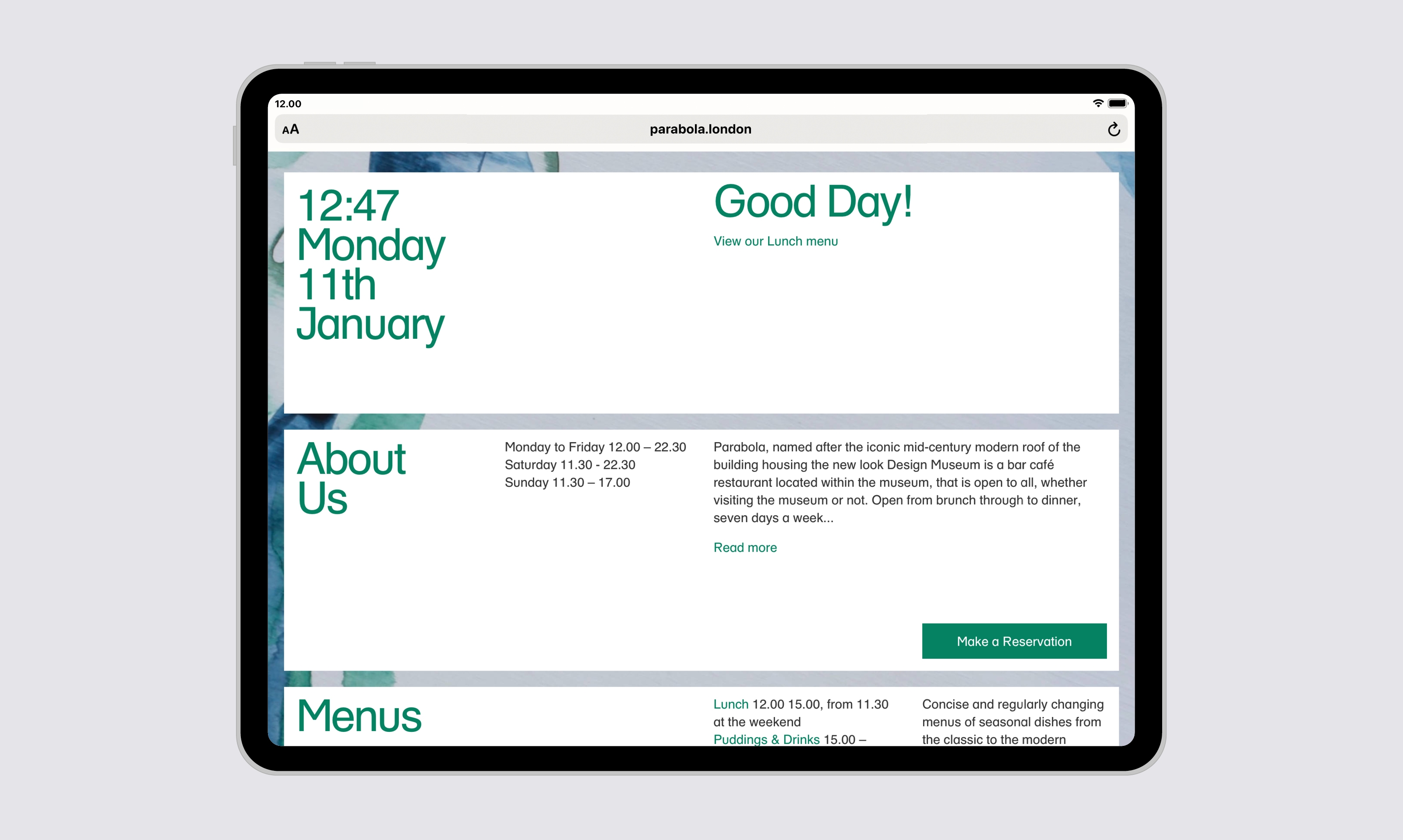 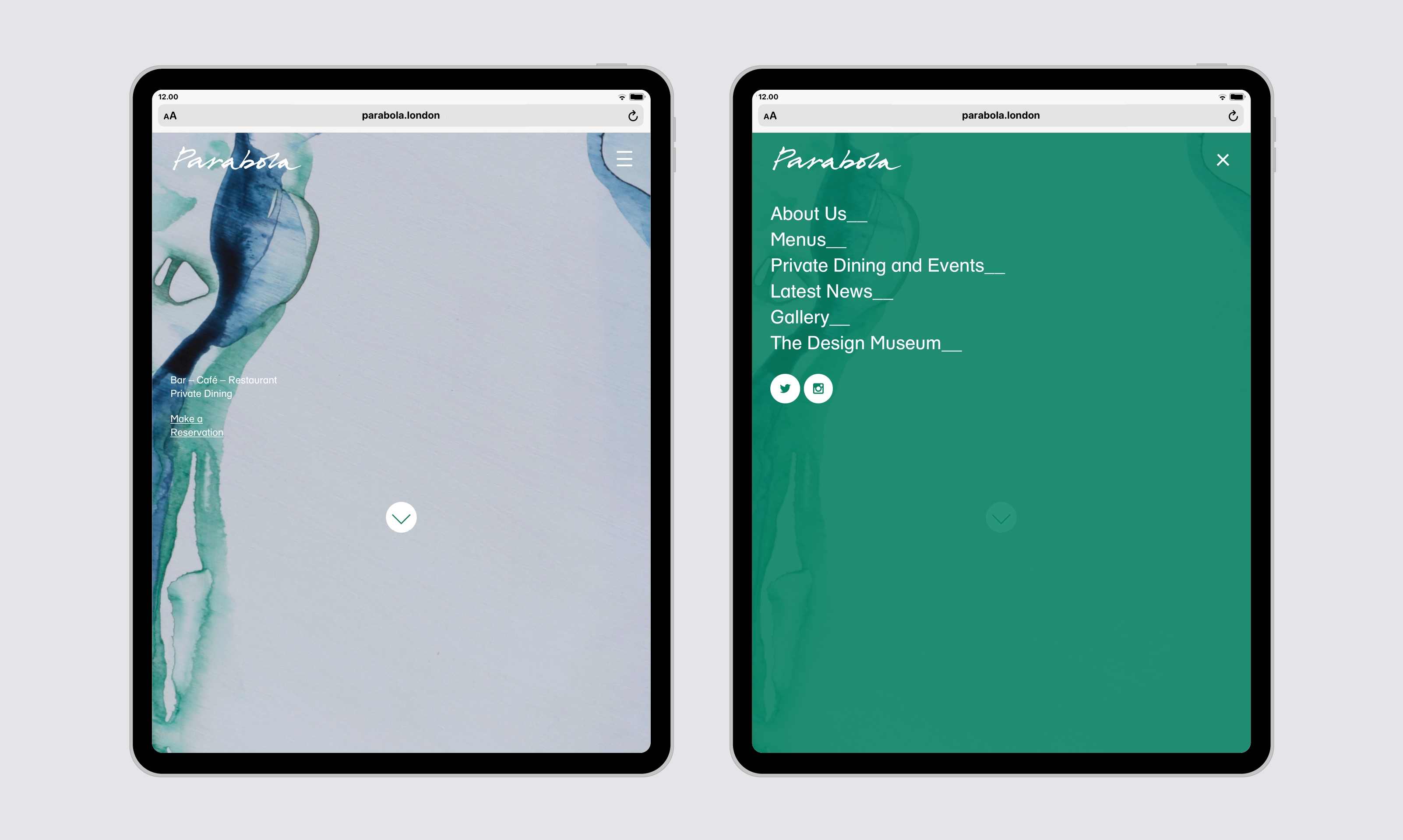 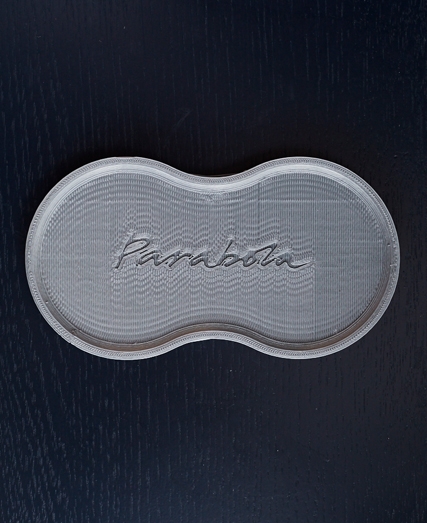 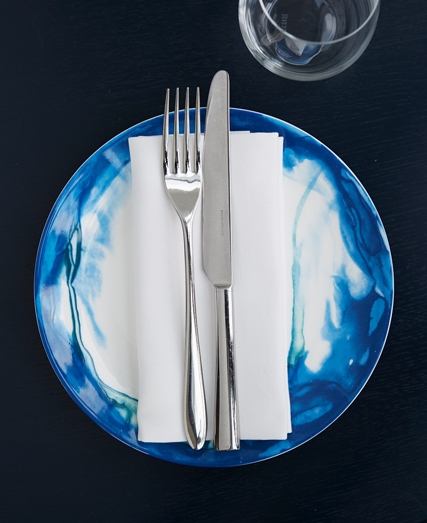 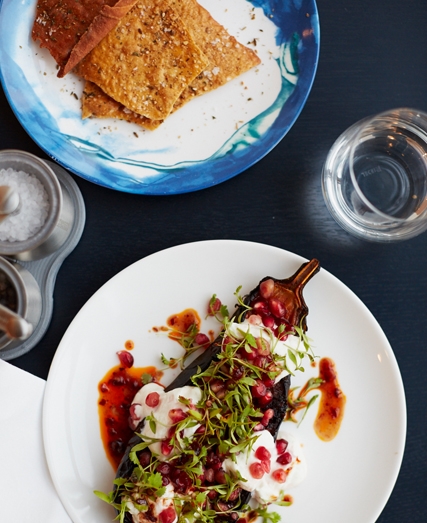 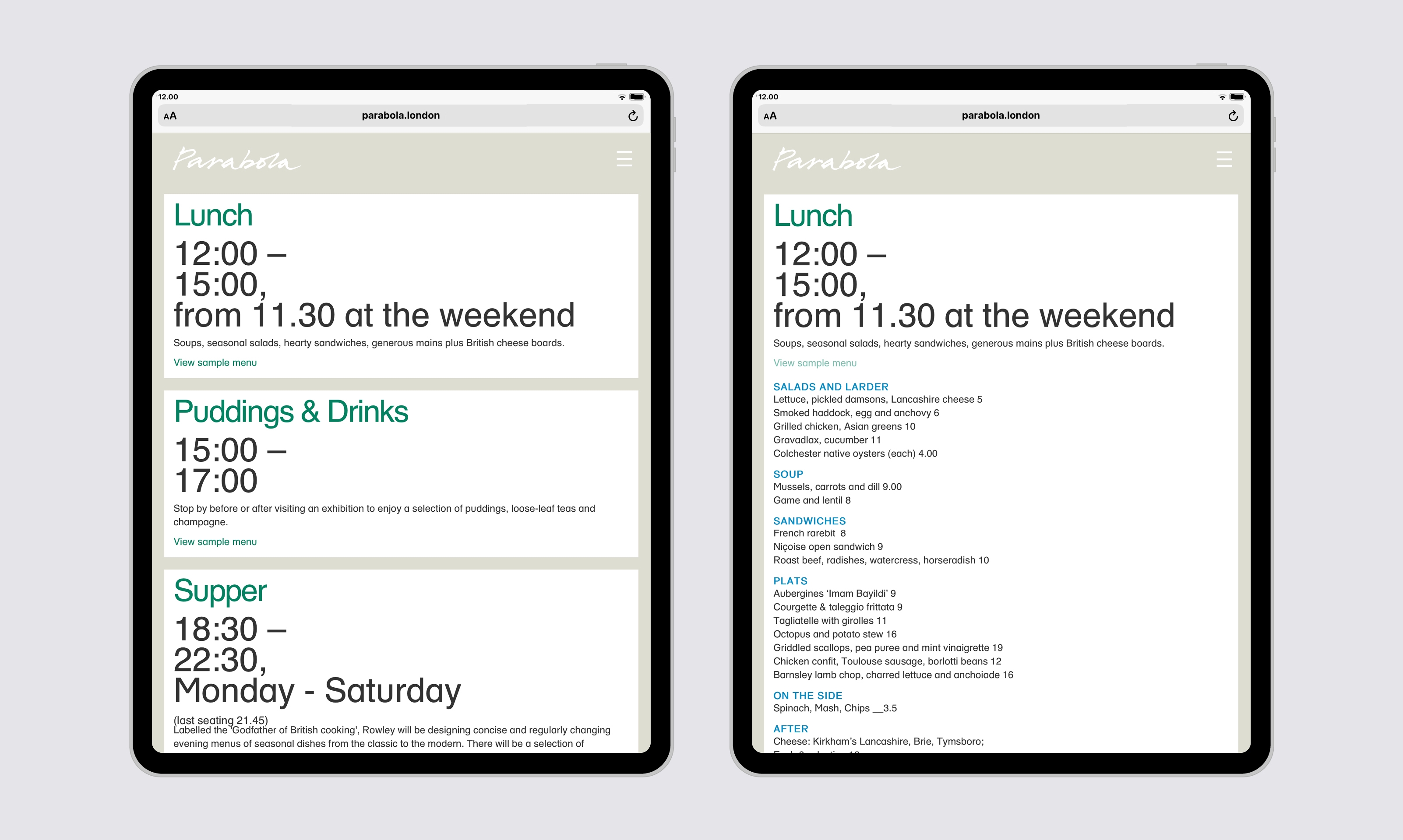 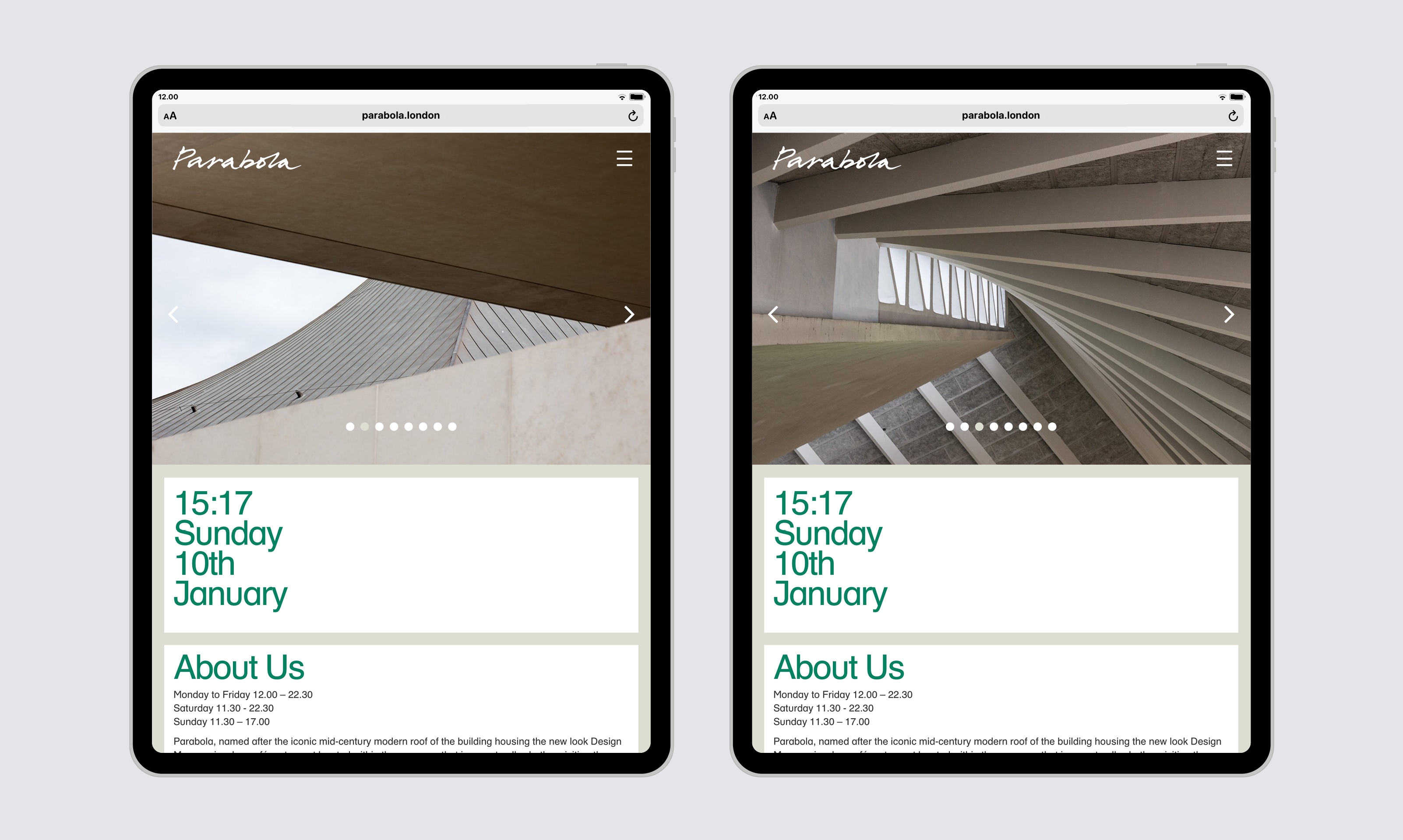 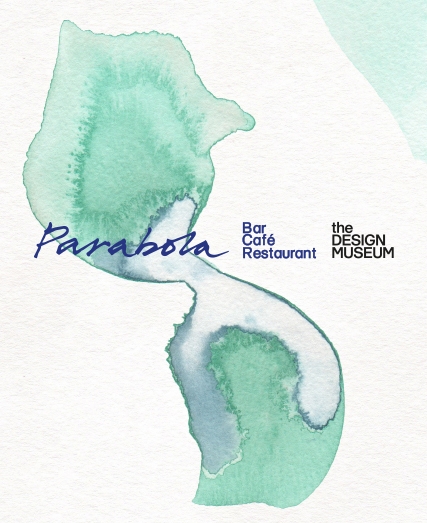 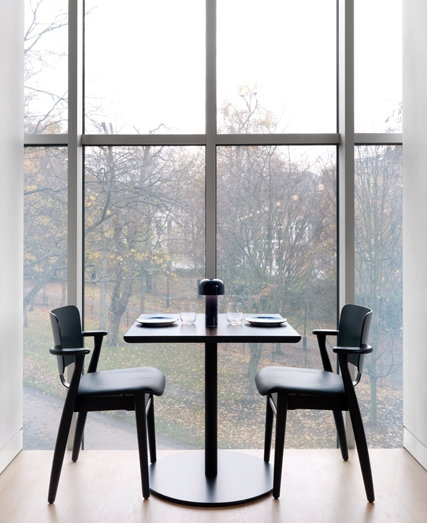 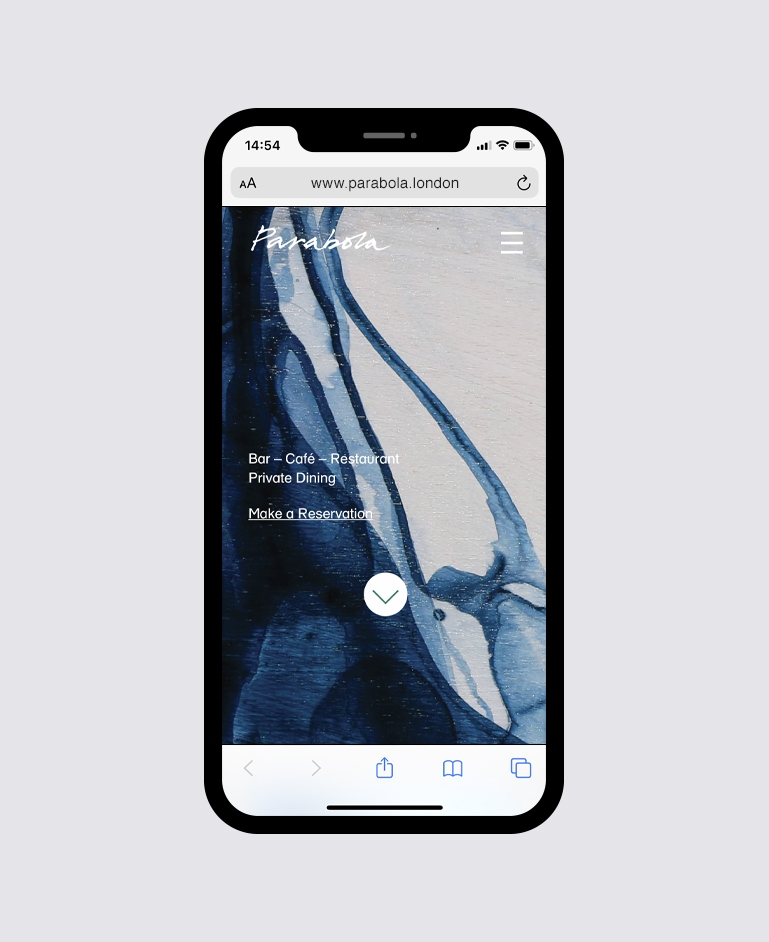 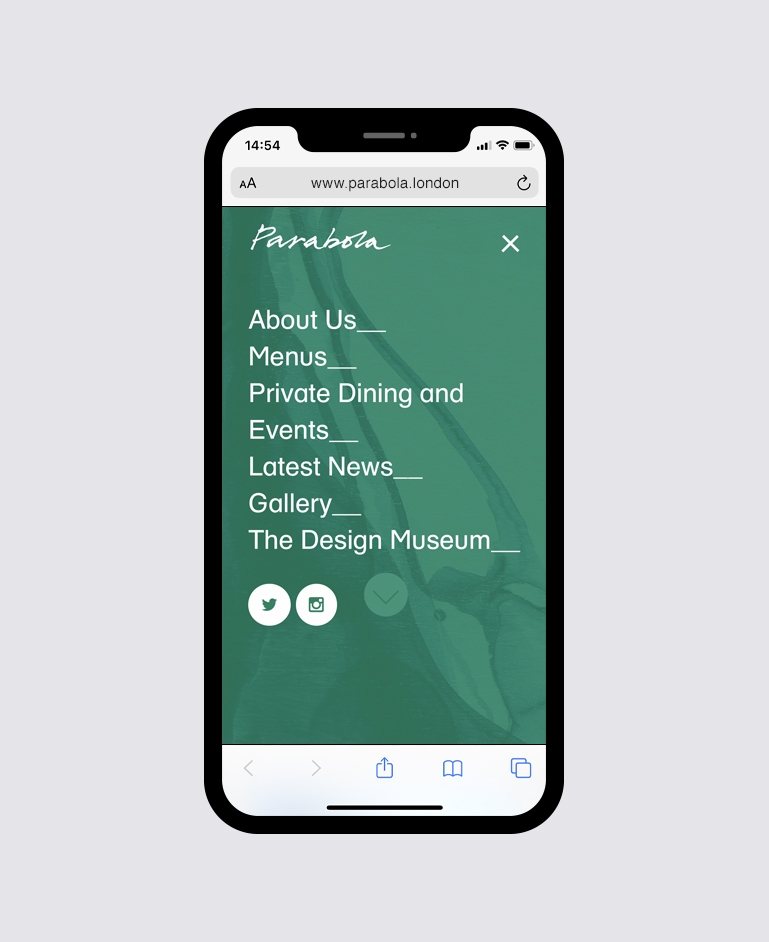 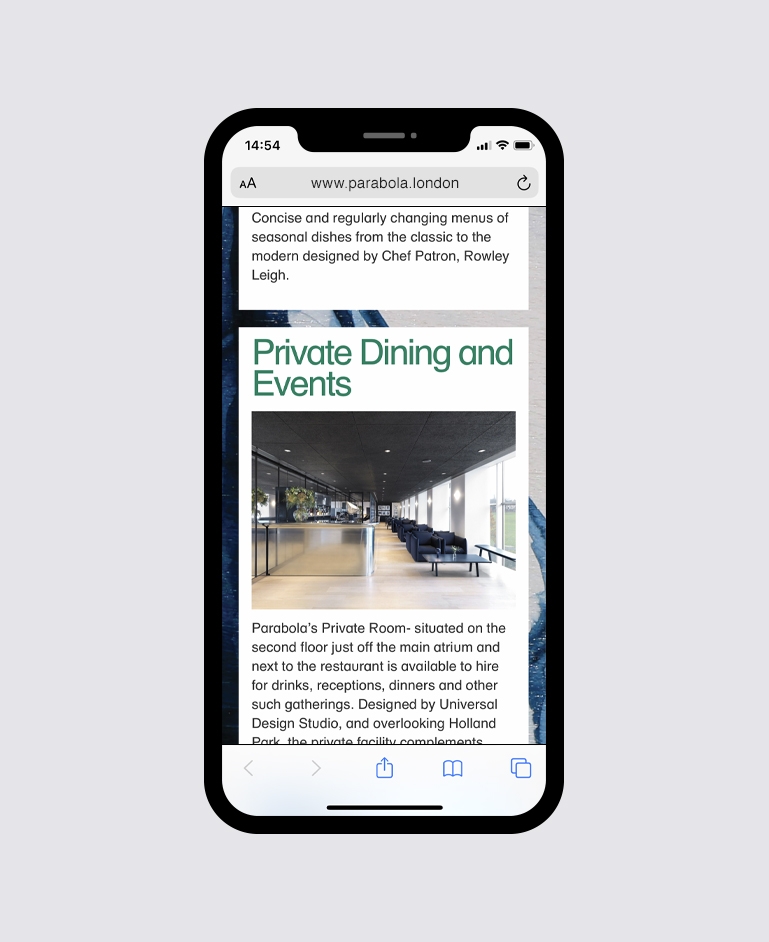 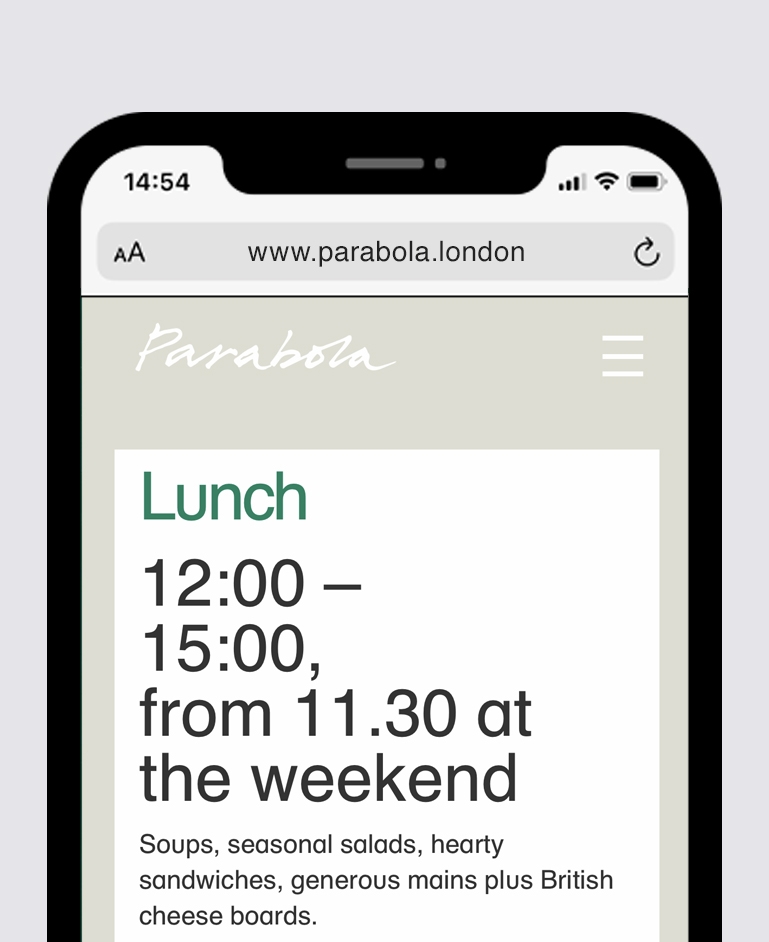 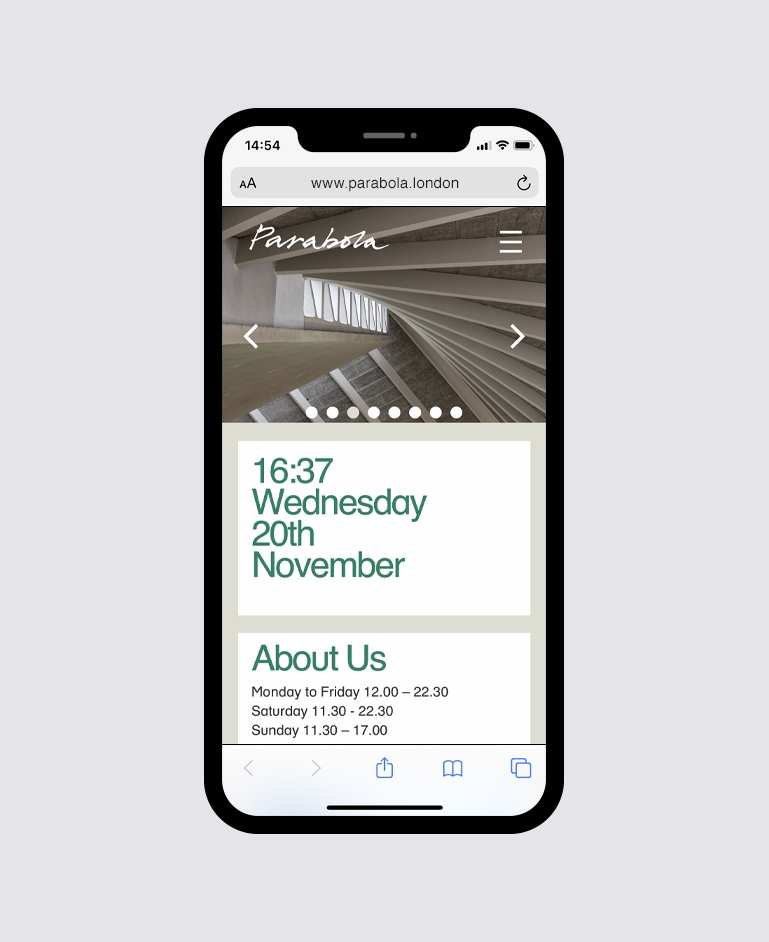 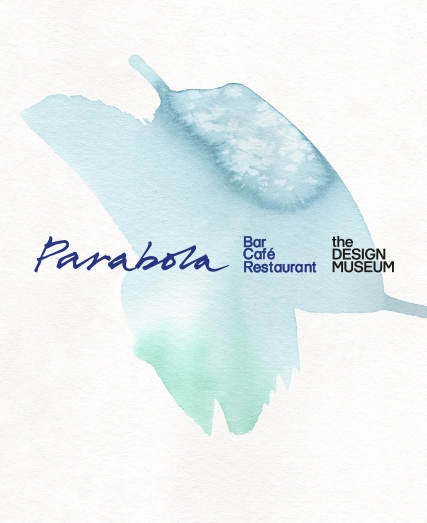 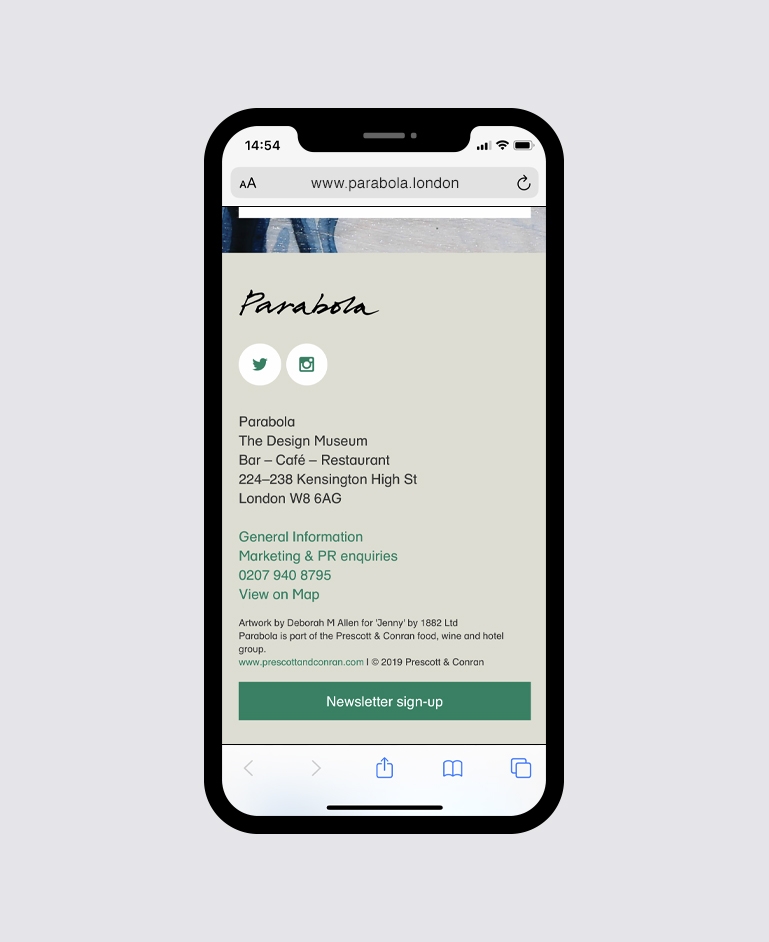